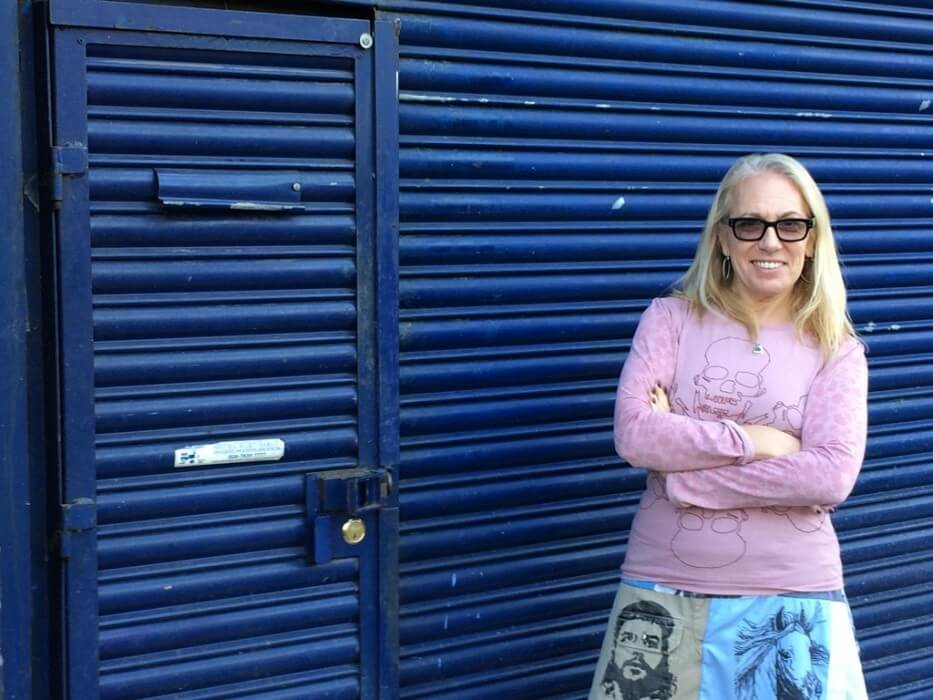 In the latest of our profiles of women who have reinvented themselves in midlife, we talk to Suzanne Noble who went from running her own PR business to setting up Frugl, the hip new app for finding the maximum fun for minimum spend – every event or offer is under a tenner or free!

An interview with Suzanne Noble, founder of Frugl

What made you decide to set up Frugl?

I’ve been a bargain hunter since I was a kid and interested in techy type things for just as long. When I was little I used to like to take apart kitchen appliances and put them back together! My dad was an aeronautical engineer so maybe that’s where my love of machines came from. I remember being totally fascinated and interested when the Internet appeared on the scene in the mid-90’s; I felt very comfortable around computers. I was running a PR agency back then and was keen to start a digital division. The rest of my staff wasn’t having any of it! Long story short, a couple of years ago I was finally in a financial position to be able to transition my career into tech and decided to combine my love of bargains and event discovery into an app and Frugl was the result!

Why did you wait until you did to make the change?

Starting a new business takes time and money and I needed both to be in place before I could commit fully to Frugl. I dabbled with various iterations of it before I was able to fund the native app. I can’t even compare the person that first dipped her toe in the water a few years ago with what I know today. What I’ve learned over the past year is that it takes 100% commitment to be successful, even more so if you’re working in an unfamiliar industry. I wasn’t able to make that commitment until early 2014. 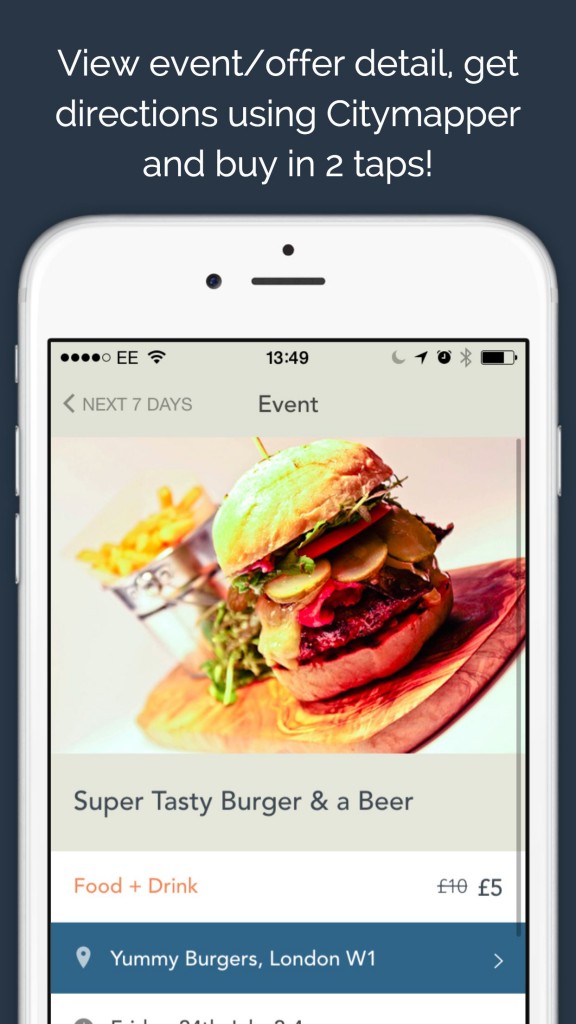 When my co-founder joined in November 2013 and my son in May 2014 that’s when the business really went up a gear. Until that point I was not having much luck finding good tech talent and trying to do all the social and content side on my own. My co-founder’s technical knowledge, combined with some very good recommendations from people whom we met through various channels, led us to find developers who could realise my vision for Frugl at a price we could afford. When my son joined we not only benefitted from his innate understanding of the youth market but from his wide circle of friends who were all keen to help us out!

This is my fourth career so my parents have stopped being surprised by anything I do! My friends have been incredibly encouraging and, like my family, know that I relish a challenge. It’s always funny to discover what others find impressive. For me, it was the time Frugl was featured on the App Store and we saw the sizeable upturn in downloads. For my parents it was seeing my face alongside other women in tech as part of an article in Business Insider (although my mother couldn’t help mentioning that most of them were a good 15 years younger!) For my friends, it was being pictured with Richard Branson. 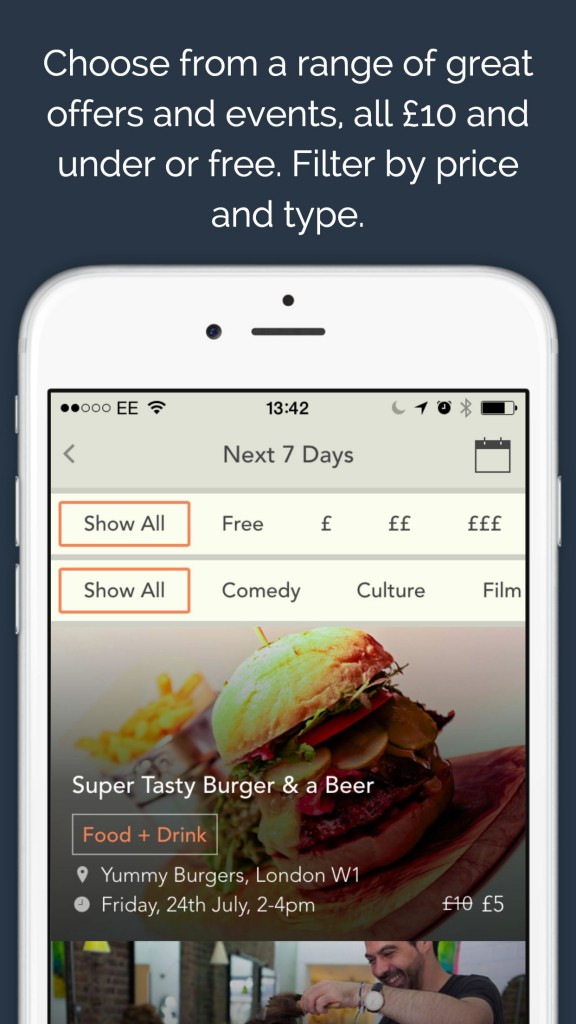 There’s never a dull moment. Don’t get me wrong, working in PR was fun too and I look back on the early days with much fondness; it doesn’t get much better than meeting and working with legends like Dionne Warwick and Gladys Knight. I would say I’m most definitely working harder than I’ve ever worked before. I hate start-ups who make it seem like a right of passage working incredibly long hours but it’s almost impossible to get away from the computer. I’m a great list maker and these days, the lists just seem to grow and grow. Being an experienced entrepreneur, I know most of the shortcuts to getting work done, but all that means is that I’m able to juggle more work and make every pound go that much further.

I’d say to carefully consider whether you have the mental and physical energy required to transition your career later on in life. I look at some of my friends now who are taking early retirement, buying a nice property in Spain and settling down and although it looks wonderful, I’m not ready for that yet. On the other hand, working as an older woman in tech is not easy. Today a prospective investor told me that I didn’t fit the mould of what they usually fund, that being white, twenty-something men. He said he found that refreshing but understood that not everyone might feel that way. I’ve experienced discrimination and sexism that I don’t recall being subject to when I worked in PR. It’s… interesting. 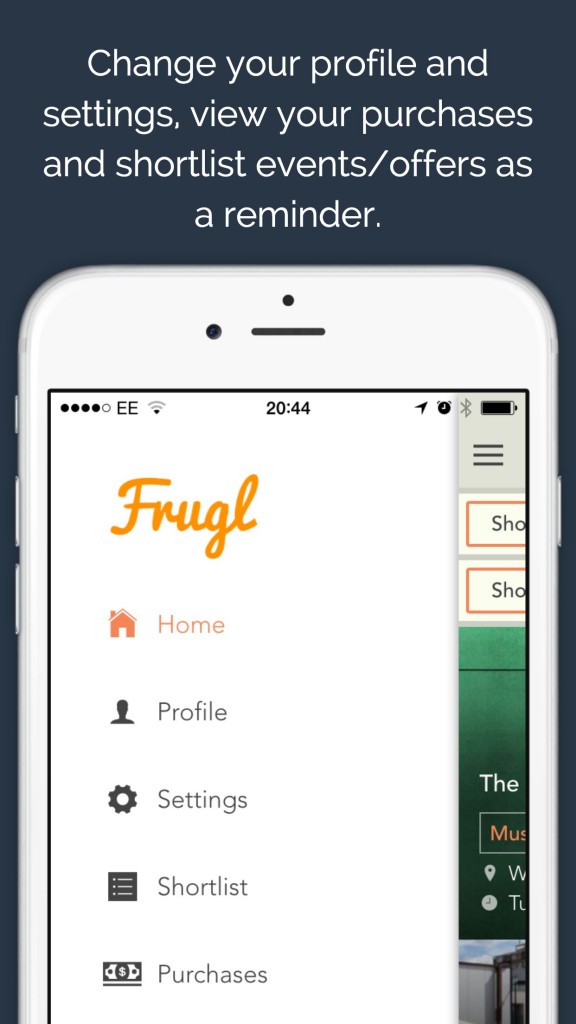 What do you know now that you wish you’d known in your twenties? What would you tell your twenty-year-old self?

I’d say don’t be afraid of numbers. Over the past year or so I’ve learned so much about finance, I feel like I’ve been put through a mini MBA. I was lucky running a PR agency that I had other people that handled the financial matters, leaving my partner and I to run the business. We became very successful in spite of our lack of understanding of spreadsheets and forecasts, probably because we were both, by nature, very frugal! Running a tech start-up and seeking investment, that just doesn’t fly. I’ve really had to brush up and become very comfortable around the financial aspect of the business. That has taken some time but I’m getting there.

Don’t trust everything you hear or everyone you meet. Get the facts before making a decision. I’ve largely operated on impulse and my gut instinct. It’s very hard to hoodwink others in PR because if you can’t deliver, that’s the end of that; you don’t get hired again. Tech, on the other hand, operates to a large extent on smoke and mirrors. I’ve actually met digital strategists who will ask whether I want them to generate genuine users or fake ones! As a result, I’ve learned to be cautious when hiring, to make sure everyone we employ comes with proper recommendations and that they have been thoroughly vetted.

You get back what you give. I like to help others whenever I can to prevent others from having to learn the hard way what I’ve discovered over the years. After twenty years in PR and the past few in tech, I have a fat address book and a great deal of life and work knowledge that I like passing on.

My mother. She never ceases to amaze me. She’s the original superwoman. She was a teacher, then retrained as a marketing manager and was very successful working for 25 years for Neff. After retiring she took pottery classes before deciding she wanted to be a jeweller. Now in her 70’s, but looking two decades younger, she makes beautiful jewellery and has been exhibited in the V&A. She’s well liked by everyone and a constant source of inspiration to me.

People rarely ask me how I’m doing. The assumption is that because I’m usually smiling and positive that I must be fine. I no longer expect to be asked, so I volunteer the information instead. It’s hardly worth complaining about but it’s something I’ve noticed over the years.

They can go on Frugl.com or find me on Linkedin. You can download the Frugl app here. 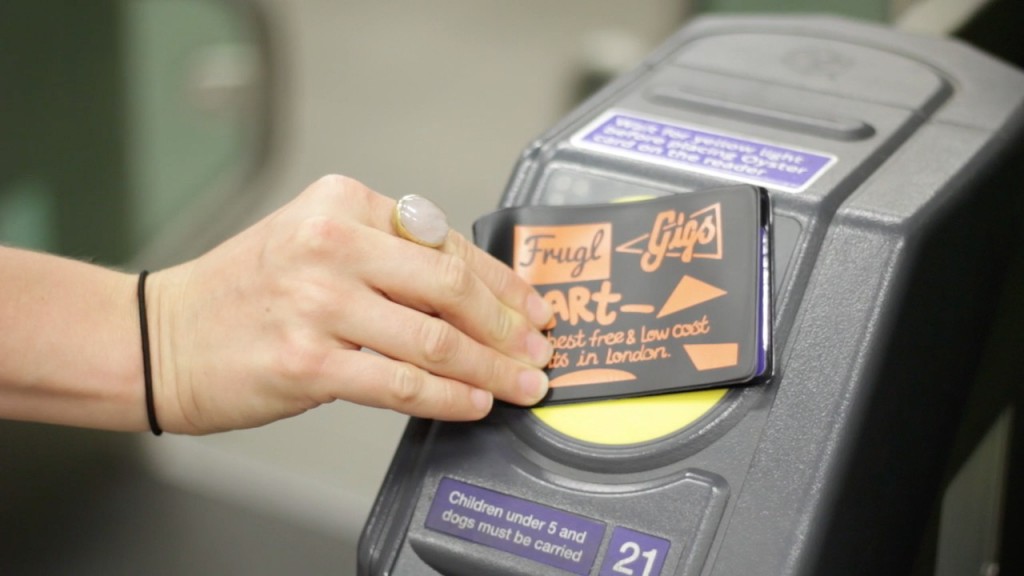