Few foods have been the subject of as much controversy as soya but what is the truth? Is soya really the villain of our time? Is soya bad for you? How did it get such a bad rep anyway? Read on to find out!

As a food writer and chef, I am often asked about my views on soy – and less frequently, am told in no uncertain terms how wrong I am for using it!

Earlier, I received an email, asking me;

I’m sure you’ve been asked this question, but what is your view on Soy? I’ve read and heard not to consume. What’s your take? Thank you!

Anyone who reads my blog knows that I don’t have a problem with soy. If I did, I wouldn’t use it in my recipes. Is soy good for you? I think so, yes!

There is zero actual peer-reviewed scientific evidence which confirms that consuming soy is bad for humans in general. What there is however, is a lot of scaremongering and misinformation bandied about by marketers, pseudo-scientists (e.g. bro-science), bad science, and wellness bloggers.

If people are so concerned about soy, then why not do some research, rather than uncritically listen to the naysayers? If you are one of those people, ask yourself, why are some folk seemingly so against soy? What do they have to gain from jumping on this particular bandwagon?

Anecdotally, I have spent several years living in Asia, where people have been consuming soy for millennia, and have seen first-hand how much healthier the average person there is compared to the average person in Britain (where I have spent a good many years). Of course, I’m not saying that soy is responsible – merely that I have researched the subject, and do not believe the scaremongering.

In addition, soy has been consumed by humans across Europe for a couple of hundred years, and in the Americas for around a century. Do you really think that if it was a killer food, it would still be on the market? Do you think that Asians wouldn’t have noticed that something was amiss?

According to the American Cancer Society;

Studies in humans have not shown harm from eating soy foods. Moderate consumption of soy foods appears safe for both breast cancer survivors and the general population, and may even lower breast cancer risk.

Furthermore, soya beans are full of omega-3 and ALA – both essential fatty acids. It’s been claimed that soy consumption can help to reduce the chance of cardiovascular problems but the jury is still out on that one.

The American Heart Association ( AHA) has concluded that…

Many soy products should be beneficial to cardiovascular and overall health because of their high content of polyunsaturated fats, fiber, vitamins, and minerals and low content of saturated fat.

They also found that soy protein was found to lower LDL cholesterol by 5.2%, and according to recent research, soy also decreases postprandial triglyceride levels, which helps to reduce the risk of coronary heart disease.

Plus, of course, soy is also packed with protein, calcium, and iron, and is naturally low in calories too.

So where does all this soy-is-bad come from? Well, from what I can make out, it all started in 1946, when a report was published in the Australian Veterinary Journal¹, which reported that some sheep farmers, whose sheep grazed on clover, noticed that breeding had decreased.

What has clover got to do with soy? Like clover, soy contains isoflavones, which are considered to be phytoestrogens (phyto = plant) – so because these two plants – soy and clover – both contain plant oestrogens, people decided that since sheep ate clover and didn’t have as many lambs as previously… ergo, it follows that humans eating soy must also experience fertility problems.

BTW, all of these foods contain phytoestrogens as well (there are more too)… are they vilified? I think not. Quite the opposite, actually.

Do phytoestrogens cause cancer?

So why is soy – and not, say, mung beans or alfalfa – the big bad? This I don’t know but apparently, phytoestrogens can mimic human oestrogens (making them especially useful for many women in menopause – Editor), and bind to oestrogen receptors in the body, so people believe that because oestrogen – a naturally-occurring fertility hormone in both males and females – has been linked to breast cancer, it must therefore follow that plant oestrogens cause cancer.

Studies² which suggest that isoflavones may have a deleterious effect upon health have been carried out in petri dishes, on small rodents (at five times concentration), and by injecting only one of the three isoflavones found in soy – genistein*.

*From the broom (Planta Genista)… which, incidentally is from whence the Plantagenets took their name, due to Geoffrey of Anjou – father of Henry II – wearing a sprig of broom in his cap. See, I can do mediaeval history too!

However, Retha R. Newbold, a supervisory research biologist at the NIEHS, admitted that;

There was some confusion on the fact that in all of our work we have injected genistein. We went back and did some of the pharmacokinetics with that to show that the total circulating amounts of genistein are very similar to what’s been reported in feeding rats and also in infants.

Metabolism doesn’t have to be the same, but you have to know that the active compounds are getting to the target tissue.

Ultimately, a mouse and a rat are not the human, though. You just have to accept it and be as careful with your extrapolations as possible.

It should also be remembered that these studies are usually carried out with isolates, and not whole foods, and that the isolates are invariably far more concentrated than any person would actually ingest.

Research³ has shown that women in areas of the world where there is high consumption of soya products, have considerably lower incidences of breast cancer than in The West.

In fact, Western Europe and North America have the highest rates of female breast cancer in the world:

Can you guess where the lowest is? Yep, East Asia – 27/100k. Where they’ve been consuming soy for several thousand years.

Regarding thyroid conditions – again, there’s no concrete evidence to confirm that soy contributes to these conditions; however, there is some research to suggest that it may interfere with absorption of medication. Doctors therefore advise leaving a gap between taking medication and the consumption of soy.

New research⁴ – published after a 9½-year study of 6,235 American and Canadian women with breast cancer – has shown that far from being injurious to health, consuming soy may actually be beneficial after all, specifically, in terms of a reduced risk of death.

The research shows that women with the highest soy isoflavone consumption had the lowest chance of dying.

I would say this study is probably the strongest one that we have right now in North American women, showing that soy consumption in breast cancer patients is not only safe but also beneficial.

Previous studies were in Asian women in China, Japan and Korea, and one of the things that people criticizing soy will say is that, ‘Oh, well, soy may prevent breast cancer in China and Japan because they eat it all their lives, but in the US, it may not prevent it because US women don’t start eating it as a child, they may start it later, and this may not be beneficial.’ Well, this study puts that argument to rest.

He went on to say that while more research is needed in order to assess the impact of soy foods on the health of the general public, and for more clinical studies into the prevention of cancers, soy can be of benefit in helping to prevent the side effects of current cancer treatments.

Sure, soya bean cultivation in the Americas has led to masses of deforestation but in all honesty, do people really think that if soya beans weren’t grown, the forests would still be there? Or that those chopped down trees would regenerate if people stopped growing soy? Of course they wouldn’t – farmers would simply be growing another crop.

And let’s not forget that the reason the US – the largest producer of soya beans in the world** – is growing so much soy is because people demand so much meat. And those animals are fed on soy. 98% of US soy is for animal feed⁵.

**40% of the world’s supply. US soy crops are second only to maize.

Would it not therefore, be fairer to say that it’s the human desire to eat meat that is directly responsible for such ecological damage?

Also, I don’t see people demonising maize, wheat, barley, rye, cabbages, turnips, onions, etc. – and yet vast swathes of land have been cleared to grow those crops too.

Some people are allergic to soy – but many are also allergic to dairy, eggs, nuts, and shellfish… yet I don’t see those foods demonised (unless by the vegan police!).

Along with gluten, soy seems to be the fashionable villain du jour. Why? Because frankly, the average person will not conduct their own research, and is happy to have others tell them what to think!

On the subject of GMO; again, there is little to no peer-reviewed scientific evidence to support the claim that GMO food is in any way harmful to us – in fact, given that it can mean the difference between death by hunger and related issues, and survival, I would posit that GMO foods are actually the opposite of harmful.

Plus, everything we put in our mouths has been modified by humans over time, so again, ask yourself why people have recently started to disseminate propaganda?

I realise that many people choose to believe in conspiracy theories, especially when it comes to governments and big corporations but think about it for a moment – what possible good would it do businesses to produce something that would eventually kill off the people who essentially pay their wages?

So, is soy good or bad for you?

Bottom line; choose where you put your faith. If you believe science when it says that soy is safe, then consume it. If you believe otherwise, then avoid it. Your life, your choice.

But please, whichever conclusion you come to, make it because you’ve conducted your own research – don’t blindly believe something just because others do.

This article first appeared on yumsome.com.

You may also like: Natural Remedies For Menopause – All You Need To Know and Food For Symptoms Of Menopause – Your Menopause Diet 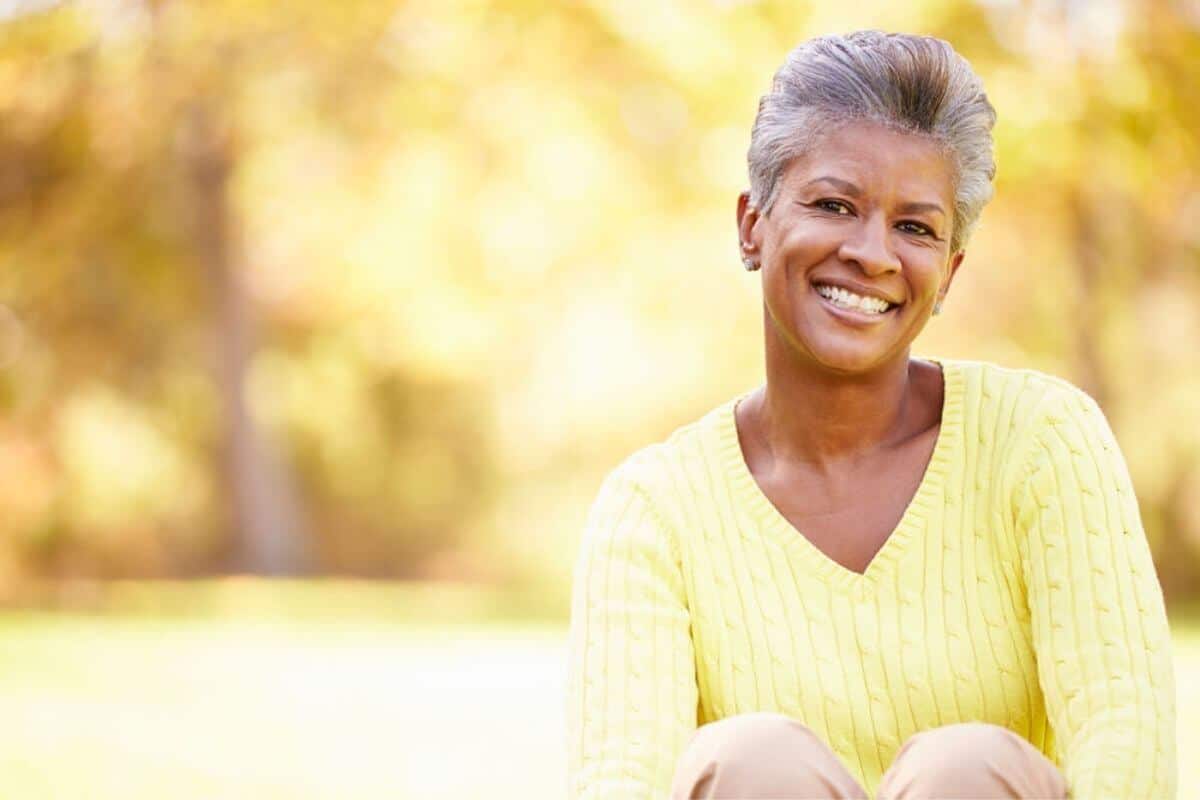 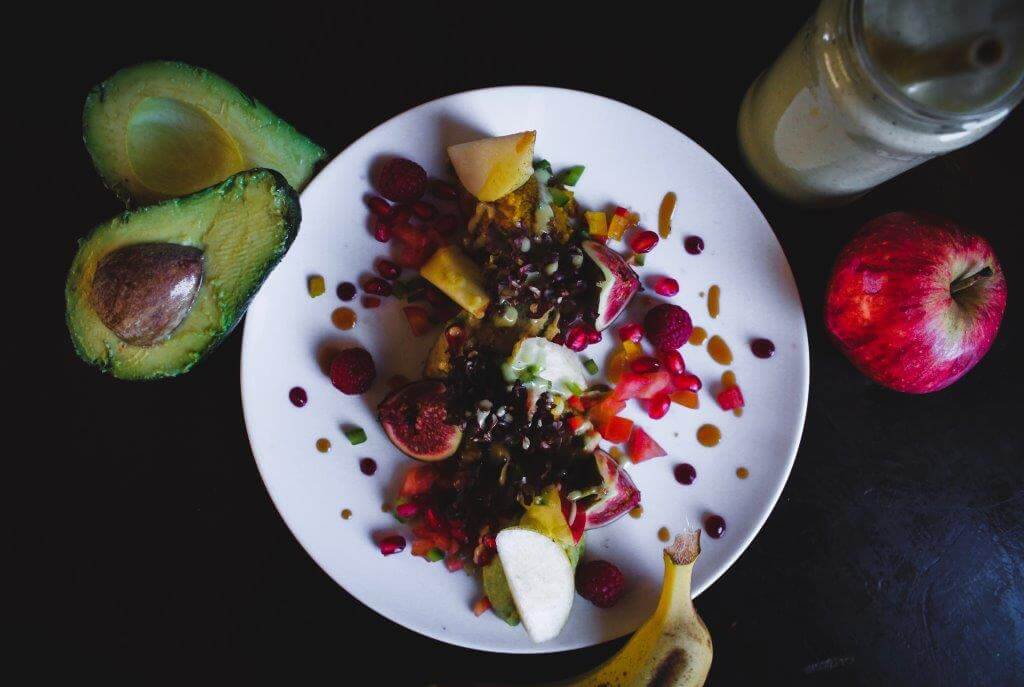 Top tips for how to go vegan with ease. It’s not as difficult as it may seem, but it’s always good to have some help! 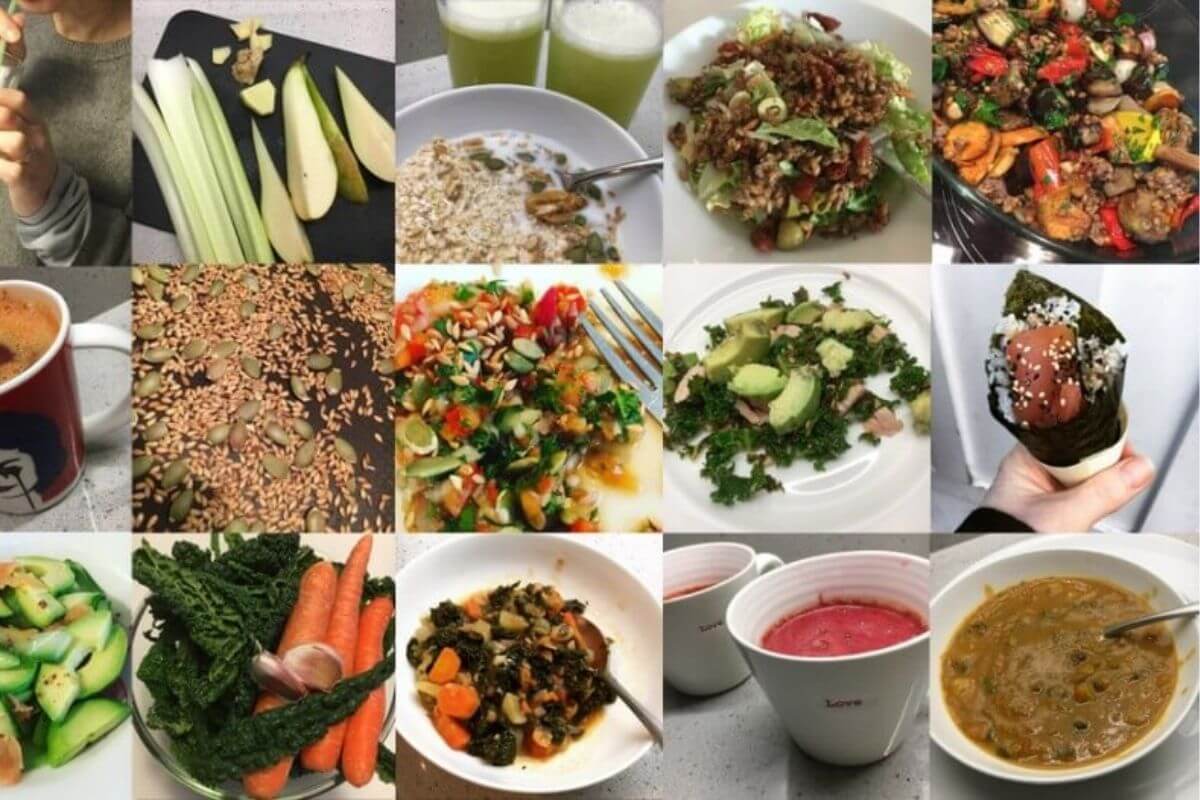 Avril Broadley shares her 5 day detox diary, especially helpful during menopause, with full recipes and what it felt like. 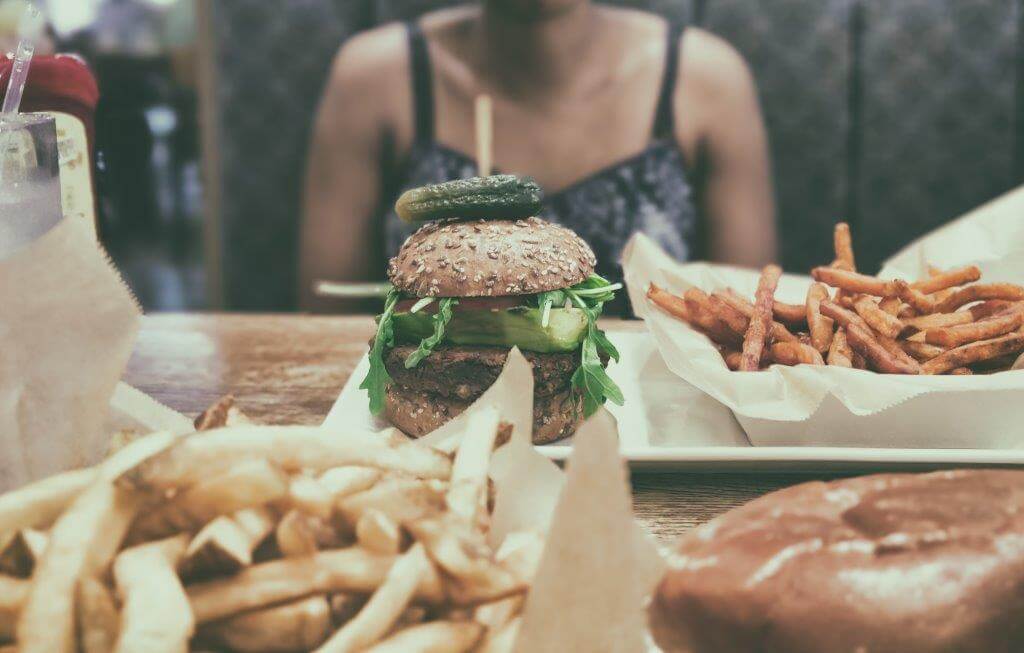 A look at the three types of overeating that can slip into food addiction and some ways you can address them. 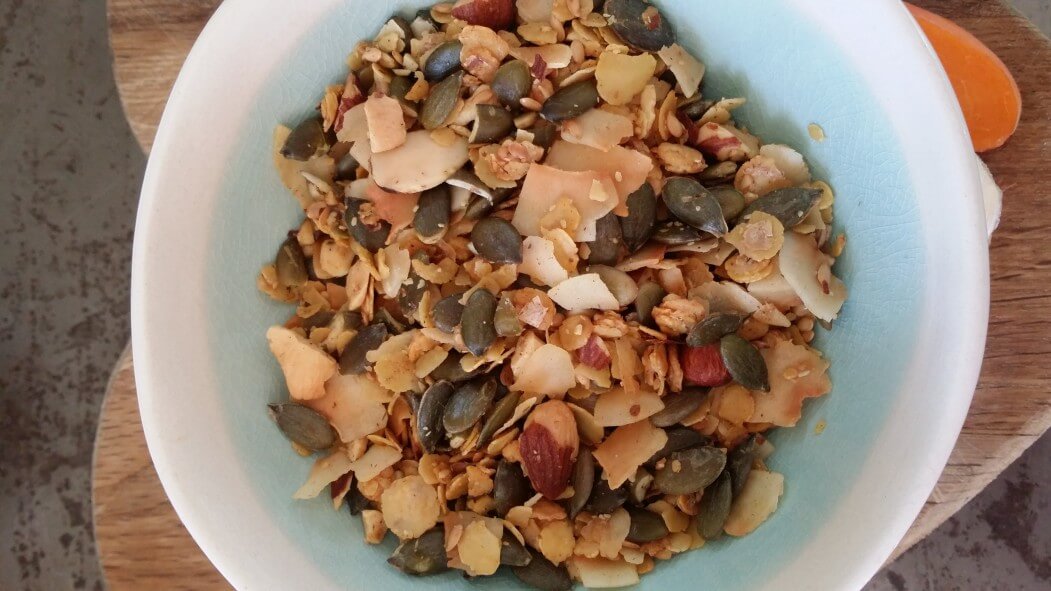 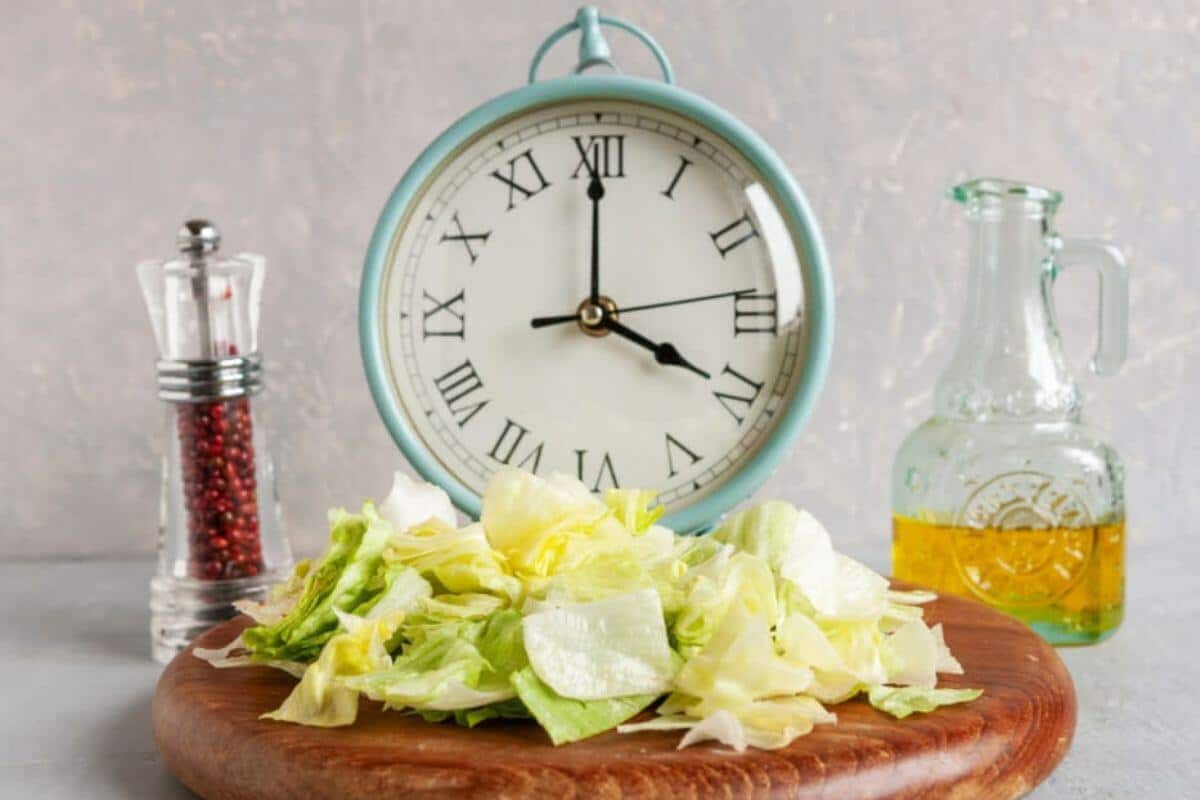 Understanding the importance of autophagy and fascia can help us age better and enjoy longer-term health. Here’s what it helps to know.