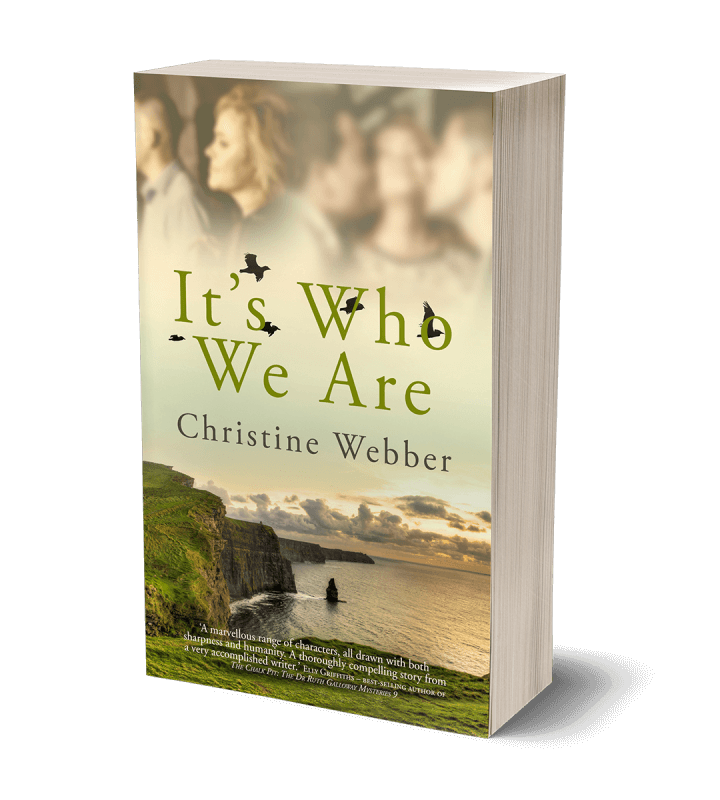 ‘It’s Who We Are’ is a modern novel set in the current political climate and illustrating how a group of middle aged people deal with it in their lives. I was curious about the book, being a woman in my 50s myself. Although novels about people in their 40s are common now, the 50s is still largely uncharted territory for authors and readers.

The premise that a group of five 50-somethings from a shared background meet up later in life is completely credible, we run into people we were at school with or worked with many years before quite frequently and a trip down memory lane usually results.

Related: Stuck In The Middle – The Sandwich Generation

Where this story differs is that memory lane throws up quite a curved ball! Set against a background of the Brexit vote and the advent of the Trump administration and the turmoil that has caused worldwide, Wendy, Julian, Philip, Minty and Michael find themselves in turmoil of their own.

Their stories are drawn together skilfully and backgrounds emerge organically as the tale unfolds. I was drawn in very quickly and identified with the lives and challenges of the characters. There was a bit of a shift in writing about midway through the book when the narrative almost lost its way in an attempt to bring another dimension into play, but thankfully got back on track quickly.

The author explores a number of themes relevant to the older reader, preparing for retirement, being caught between adult children and ageing parents, empty nests and changing relationships, all things I could identify with. Where I struggled was keeping up with who knew who and how, and the tangled web woven around them all by the actions of a third party many years before. Having read it through I felt I had to go back and check I hadn’t missed anything – but that might be a consequence of my own menopausal brain fog!

This was an aspect of middle age that wasn’t really explored in the book; the two women involved didn’t seem to be suffering unduly from that particular irritant! Wendy in particular seemed to have a high powered and pressured job, a failing marriage, absent children and a lack of support, which would have brought many menopausal women to their knees, but she didn’t appear to suffer so much as a hot flush!

What was particularly interesting was the reference to Brexit and its consequences, whilst we may not all have the opportunity to up sticks and move our lives to Ireland, I am sure there are plenty who would like to. It showed how a moment of political protest can result in an outcome that wasn’t the serious intent of that individual and how we all now have to live with that outcome.

The story moves between Norfolk, Ireland and London at pace, suit cases must have been packed with much frequency! Without giving away too much of the story, there were moments of real tension and much rapid page turning as one character finds whiskey and all-terrain vehicles don’t mix, with dire consequences. There was potential for a real quandary with two protagonists finding themselves with not one but two moral dilemmas and it was perhaps a bit contrived that they were let off at least one of them, but this didn’t detract from the sympathy they generated from the reader.

There were interesting comparisons to be made between the actions of the younger generation, excited by their discoveries and oblivious to the significance of their findings, and the reaction of the older group affected by the revelations. It raised some interesting questions, should they have interfered? Would it have been better if they didn’t know? In the end it didn’t really matter, life goes on regardless.

The threads were neatly tied up at the end and everyone had learnt something, good or bad, about themselves and the others. It could be argued things were a bit too neat, that life doesn’t work out like that but I like a tidy ending and I am content my new imaginary friends will have a happy future.

Here’s a link to the book.

You may also like  The Sandwich Years Review – A Great Read, From Dinner Date To Soulmate Review – A Good Read, and Top Tips For When You’re Feeling A Bit Lost. 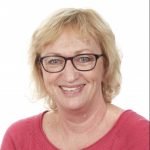 Jane Gordon lives in rural Hampshire with husband John and two cats. She has three grown up sons and a much loved granddaughter. Jane has worked for the NHS for the past 20 years in communications and engagement and is an advocate for the patient voice. She also loves reading, heaven is a Greek beach with a book under a tree, and maybe a cold beer! Jane runs the book club at work and encourages her colleagues to share their literary tastes.