When I made the move from full time employment into my own coaching business, I thought I had experienced my big transformation. My midlife transition was complete.

It was a scary but exciting time. I was really out of my comfort zone and couldn’t believe I was doing it at the age of 49.

To be honest, I didn’t fully understand about midlife transition back then.  Most of the coaching students I studied with were much younger than me, so I just thought I was doing something really brave.

Only years later I can now see it for the empowering and transformational middle life shift it was.

At the age of 52 I was diagnosed with adrenal and chronic fatigue at the same time as beginning my menopausal journey. I had no idea what was going on.

Menopause was something that wasn’t discussed when I was younger. I remember my mum taking oil of primrose and that’s about it. And because she passed away at the age of 51, we never got to have those important conversations that would have prepared me for this queen phase of life.

Recovering from adrenal fatigue was a journey in itself. I was frustrated because I wanted to get on with building my business, but too exhausted to do anything.

Photo by Isabella and Louisa Fischer

I still didn’t fully understand that the issues that caused my adrenal meltdown were the same issues that were causing my menopause symptoms. Again, those insights came a few years later and it was like a light bulb going off.

Back to full health I continued on my journey enjoying the balanced life and business I had built for myself. Having made that mistake, I had learned how to make space for everything in life that was important and still have time to care for me. And of course I started to teach that to my clients.

Even though I was fairly happy and successful I knew something was missing. I felt a nudge to start working more with women in my age group, but I ignored it, because I couldn’t see how it could fit.

As usual life has a way of making us sit up and take notice and it brought one of the hardest experiences of all, the loss of a parent. My father died.

Dad had been a big part of my life after returning to spend his last years with us, living just over the road. Even though he was very independent, I still felt purpose in making sure he was okay and cared for. He kind of filled the void when my two sons left home.

When he passed I was devastated. I felt like my whole foundation had shifted and my identity as I knew it was gone. Feeling confused and lost I struggled to see my way forward.

In midlife we allow ourselves the gift of being our true self, but back then I didn’t even know who I was.

Travelling through the grief process last year that nudge I had been feeling became stronger, until it was an undeniable force.  Still confused I had no idea what I was going to do with it, but I knew it was part of my new purpose in some way.

So I started to heed my intuition, something I had found difficult to do in the past, previously being very much in my head. I took my first step and then the next. Each step I took the way ahead became clearer.

My grief helped me begin to get to know myself again, what was important to me and why. When I identified what I am good at and the things I enjoy, I could see why I had to create what I was being guided to do.

Reflecting back I noticed that each milestone of my journey had led me to this point. I also became aware that the knowledge and wisdom I currently possess would have made those past transitions and challenges so much easier for me.

And that is why my next step is the launch of the Women Reinventing MidLife Summit .

We women in our second phase of life are so wise. Our wealth of experience enables us to be who we really are, do anything we want and have the life we deserve. Yet too often we get stuck in the confusion and mayhem of the middle life transition. Feeling a loss of energy and clarity we often limit ourselves, when there is so much unlocked potential for us.

Magnificent Midlife founder Rachel Lankester is a guest on the summit.

There’s no limit to the life we can create for ourselves and we deserve to have it all. It’s our time to thrive and our lives aren’t coming to an end, they’re only just beginning to get interesting at this stage.

My purpose and passion now is to make sure we have more of the types of conversations we will be having on the summit. To make available the support and resources for women to start each day feeling filled with vitality and have the clarity to live a meaningful purpose driven life after the kids leave home and beyond. 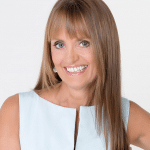 Deb Johnstone is a Cairns based transformational life and business coach, NLP practitioner, EDISC consultant and trainer, mindset speaker and coach. She works with people locally, globally and Australia-wide to guide you to transform your life, business or career and create the life of your dreams. Find out more about Deb at www.debjohnstone.com.au.

A rare sighting of the greater spotted Mr Mag Mid.

Travel may be off the agenda but walking isn't. My

Not so hard. Wear a frickin’ mask when required.

So much bounty on our morning walk. Felt like deep

A lovely funny 😂 interview with the founder of

From the garden. For lunch. Kohlrabi leaves, chard

Local hairdresser! Such creativity. Love it! We c