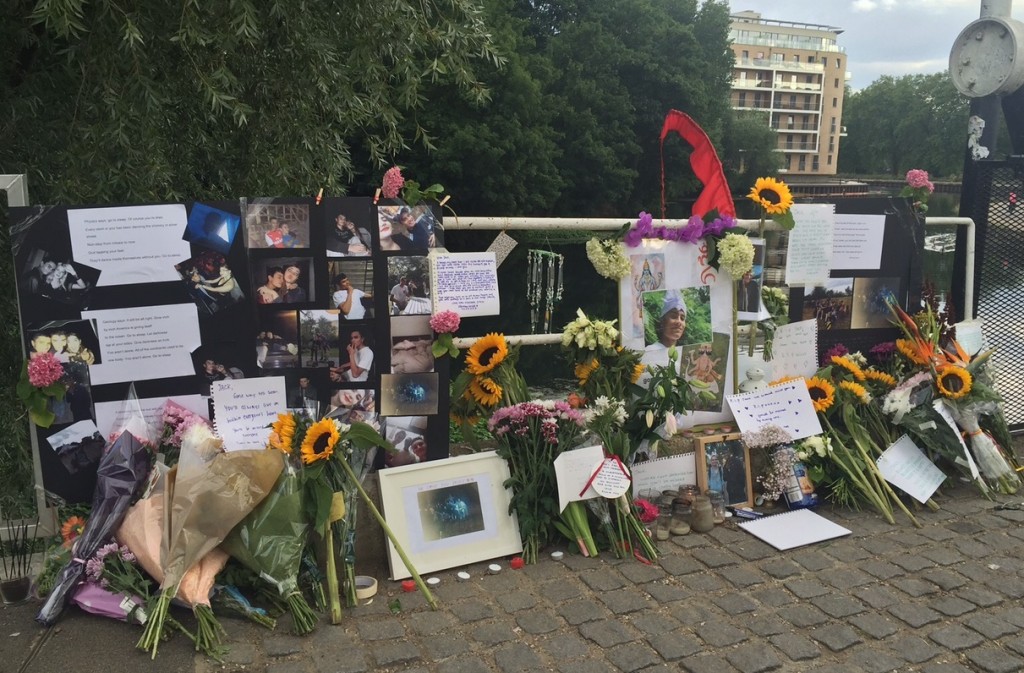 We’re all about inspiration at the Mutton Club, but we also want to provide support and sustenance for women coping with the challenges life throws at us. So we try not to shy away from difficult issues.

Mutton Club founder Rachel wrote this immediately after the tragic death of one of her teenage son’s closest friends. We share it here in the hope it may speak to others in the throes of acute grief.

When Jack died
The world
Stopped.

We stood still and entered the dream
The death dream where nothing is real
Nothing can be processed
Nothing is right
Anymore.

Worlds collapse, bravado tumbles away
The best mates, confident young tykes
Are children again
But now full up with pain
That no child should have to bear.

This is all WRONG
How can a young life be gone thus?

We watch a video of Jack
Dancing with an umbrella under a rainy sky
A two day old video
Shot with a phone
Full of first festival joy, no matter the clouds.
There are more pictures
More smiling Jack faces
Someone’s child.
Seventeen.

And your eyes cry, as your own child’s eyes cry
And you know
Nothing will ever again be the same
There will forever be

Before Jack died
And after Jack died.

A permanent hole in my son’s life
But nothing to match the gaping chasm in another family
The agony that will be
Their new normal.

And in this strange new world
Worst fears were confirmed by a tweet.
Retweeted.
Newspaper headlines scream ‘teenager pulled from canal’
And you wonder
Could it be any more tragic?
So utterly dreadful
Mad, senseless.

But you thank God or the ether that it’s not your child
Pulled from the canal
It could so easily have been.

And you look at your own child’s red swollen eyes
And you ache to spare him this pain
It’s too much
For one still so young.

And you know that no death to come will ever be as it would have been
Before Jack died.

Even your own death
Will be different for your child
Because Jack died.

Your child has known this all consuming pain
He will recognise it
When it comes again.
He is forever changed.

So we hunker down and hold our loved ones close
And remember that other boy’s smile
His laugh
His joy.

And the world stops
When Jack died.